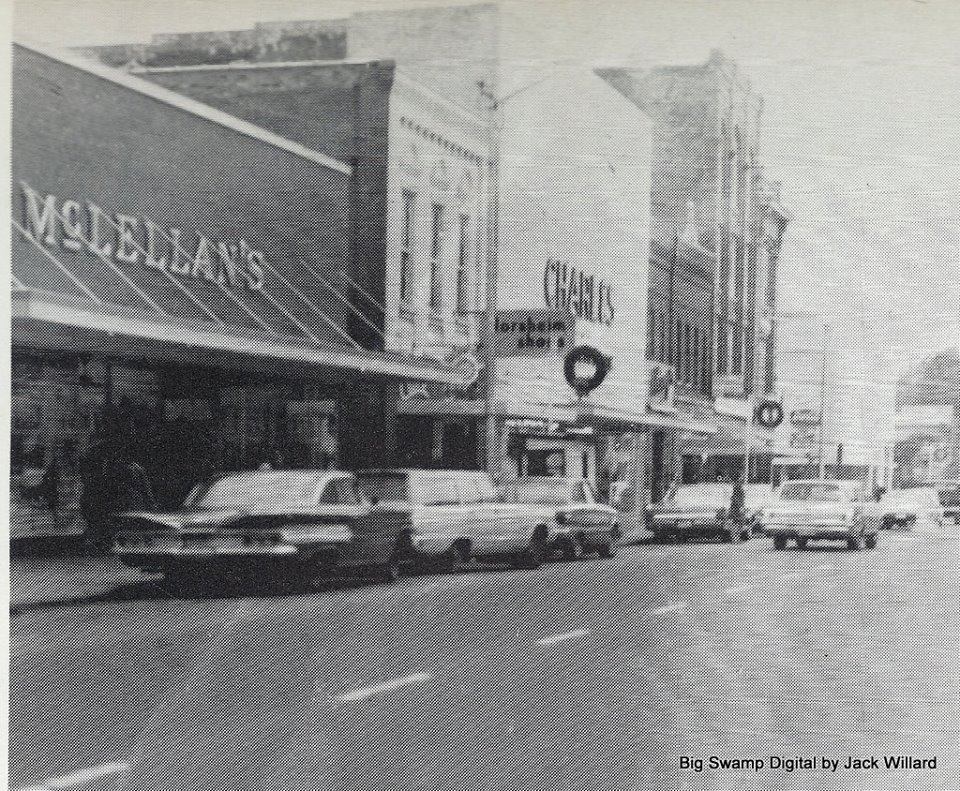 Harbor District Market is home to the old McLellan’s Five & Dime store. We still have the original creaky floors, the five & dime store smell, and the popcorn machine in the back. The actual timeline history of the McClellan’s store itself is elusive. It first appears on the Sanborn Insurance Maps of Washington, NC in 1917, listed as a 5 and 10 cent store. A Nationwide former employee’s group of the McCrory/ McClellan’s chain reported that it was in operation into early 1990. During that period, the store survived a bankruptcy, a major fire and an acquisition.

On Saturday January 7, 1956, McClellan’s Department Store was destroyed by fire in freezing weather. The fire alarm was sounded at 8:12 Saturday night. Fanned by winds estimated at 25 miles per hour and working in bitter cold weather with the temperature getting as low as 18 degrees, firemen fought the blaze all night. Ten firemen were overcome by smoke and first aid was rendered while several firemen were slightly injured. About 10,000 feet of hose was used to carry water to the fire. McClellan’s was a total loss. The stock of merchandise lost was around $100,000 and the building itself was valued at $300,000.*

The Store was rebuilt following the fire, and in the 1970’s a new front brick facade was added. The McClellan’s chain was acquired by McCory Stores in 1958 and it became McCory /McClellan Store #402 until it closed in the 1990’s. It operated as, and is still to this day referred to as McClellan’s. Many longtime residents fondly remember the creaking hardwood floors, shopping trips for special gifts, the model airplanes and ships, and of course the smell of popcorn.

Since the closure of McClellan’s, the building has been home to several businesses, including: KidKushion, a manufacturer of Child Safety Products, a Furniture Store, a dress shop and Ruth’s House Antiques. The Building became vacant in 2013 and remained closed until acquired by the Washington Harbor District Alliance in 2017. Now, the building is proudly the home of Harbor District Market.