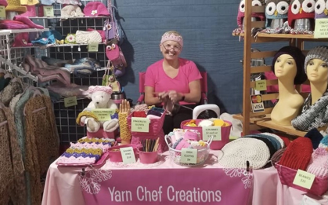 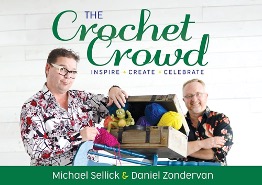 Kathleen Nolen of Yarn Chef Creations has been a Harbor District Market staple since the beginning. Her booth is filled with uniquely crafted crocheted goodies including, shawls, reusable water balloons, bags, pumpkins, owl hats, and so much more. Most Saturdays you can find Kathy at her booth wearing a pink crocheted crown, a fan favorite.

Kathleen is one of four guest designers featured in the new book The Crochet Crowd: Inspire, Create & Celebrate Book, written by Michael Sellick & Daniel Zondervan. Released in September 2021, this book tells the journey of Michael Sellick as he took refuge in the art of crocheting from a young age, which eventually turned into a passion. Through video sharing and social media, Sellick fostered the creation of  The Crochet Crowd – which now includes three million people around the world on YouTube, Facebook and Instagram. 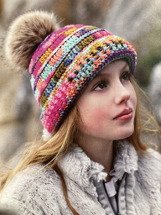 The book also includes several crochet patterns created by members of The Crochet Crowd, including a beautiful hat pattern created by Kathleen Nolen. Both the book and Kathleen’s hat design are on display at the Harbor District Market, 140 W Main St., Washington, NC 27889. Local bookstore, Pamlico Books, located at 149 N Market St, Washington, NC 27889 will be placing orders for the book upon request. You can also purchase the book from Barnes & Noble, Amazon, and Walmart.